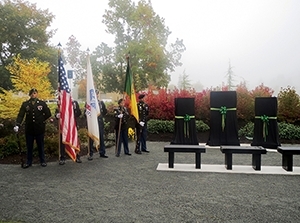 Over the last few months we have had the privilege of working with the Steilacoom sub-chapter of the Association of the United States Army on a memorial project that was two years in the making. This monument honors 29 military police killed in Iraq and Afghanistan from 2003-2011. On Friday, October 18, 2013 ten families from around our country gathered together at Joint Base Lewis-McChord’s memorial park to unveil the monument and to honor their loved ones who are no longer with us.

At the dedication, several heartfelt messages and stories were shared. Lewis-McChord senior Army officer Lt. Gen. Robert Brown exclaimed, "They’ve allowed the vast majority of our nation to live normal lives while they and their families live lives of service and sacrifice.” 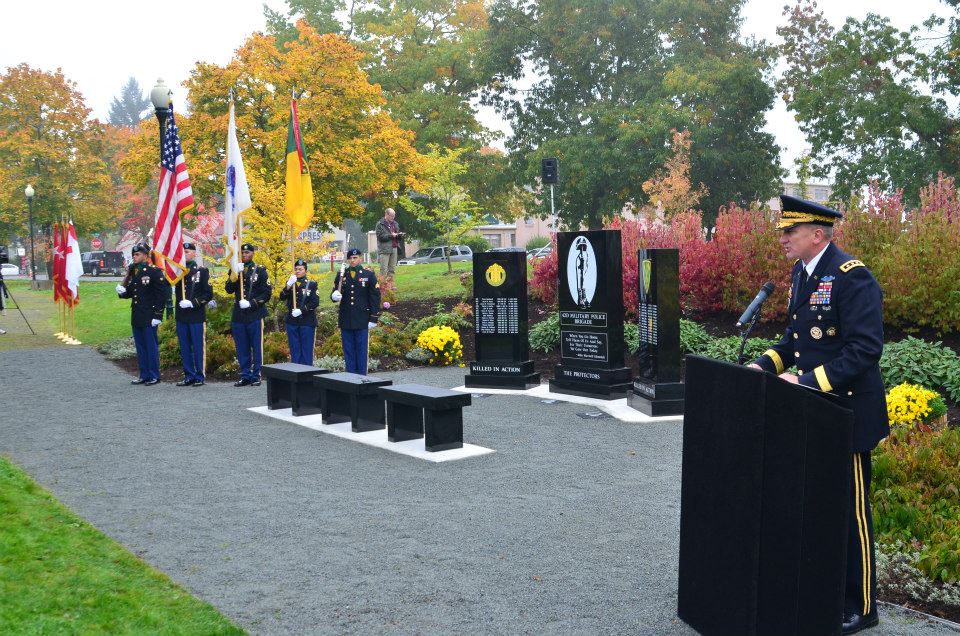 The monument is constructed of three vertical tablets made of polished black granite. Two of which prominently feature the names of those who were killed in action. The center pillar proudly displays the 42nd Military Police Brigade and a quote that reads, "When you go home, tell them of us and say, for their tomorrow, we gave our today”.

The two outer tablets are highlighted by ceramic/steel replicas of the brigade’s patches and the center piece contains a detailed carving of The Fallen Soldier Battlefield Cross (a helmet, rifle and boots). The monuments are illuminated at night by three solar powered beacons that focus on the carved names of the soldiers and the quote at the base of the center tablet.

The monument was funded by donations from the Steilacoom sub-chapter of the Association of the United States Army and from the 42nd Military Police Brigade. The two groups also paid for the 10 families’ flights, their lodging and for a ball that was held the same evening.