A Dazzling Spectacle of Lights: The History of Diwali 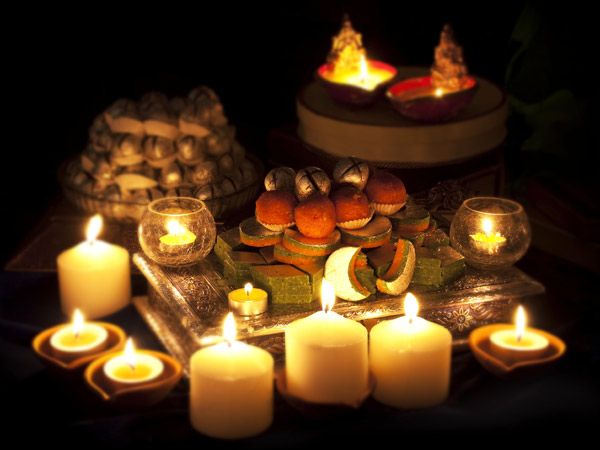 Diwali, or Deepavali, is a festival that goes back as much as 2,500 years ago and is celebrated by individuals of many faiths, including Hinduism, Buddhism, Sikhism, and Jainism. Each year, over a billion people spend five days in either October or November celebrating the festival of lights.

The small clay lamps that people line up in front of their homes can represent many things, such as light triumphing over darkness, goodness over evil, and knowledge over ignorance. Let’s learn more about this holiday’s history and meaning.

The Meaning of Diwali Among Religions

Because various religions celebrate Diwali, its origin stories tend to vary in detail but remain the same in general plotline—good winning out over evil. For example, in many parts of India where people practice Hinduism, a story is shared about victorious men acting as incarnations of the god Vishnu, the sustainer of the universe.

In northern India, the story takes on a more historically significant event in the form of Prince Rama returning to the city of Ayodhya after rescuing his wife Sita from his evil stepmother. In parts of southern India, Diwali recognizes the victory of Lord Krishna over a demon king, Narakasura. In western India, it’s Lord Vishnu’s triumph over and banishment of King Bali.

For those who practice Buddhism, Diwali celebrates the historical event from the 3rd century when Hindu Emperor Ashoka converted to Buddhism.  Sikhs who follow the Hindu god Vishnu closely see Diwali as the representation of when one of their 17th-century gurus, Hargobind, was released from prison after 12 years of captivity. And for Jains, Diwali is when the great Jain teacher Lord Mahavira reached nirvana.

Besides lighting small earthen lamps around their homes, people who recognize Diwali see the five-day festival as a time to celebrate with family and friends, eat sweets, and pray. Each day has its own special significance and celebrations:

Diwali is also a time to take advantage of the many retail sales, along with fairs and fireworks. Individuals will travel great distances to be with their family during the festival and those who can take time off of work.

Other Ways to Recognize Light Over Darkness

Celebrating beliefs through festivals and holidays is an excellent way to show our faith to others. Another way to commemorate your belief system is by including it on your ledger grave marker or headstone in Seattle. At Quiring Monuments, we can assist you with creating a one-of-a-kind monument that can consist of anything from a Dharma Wheel to a star and crescent.

We also collaborate with the various faiths in the area, including those who are Buddhist in Seattle as well as the Hindu and have made many beautiful memorials you will find at Washington Memorial Park. Contact us anytime to learn more about our award-winning memorials and headstones.